Every so often, we’ll interview extraordinary girls doing extraordinary things: this is Girl Crush.  This week, we’re stoked to profile Auckland-based athlete Sarah Hay, who recently competed and crushed at the first two New Zealand National Climbing and Bouldering Competitions of the series. 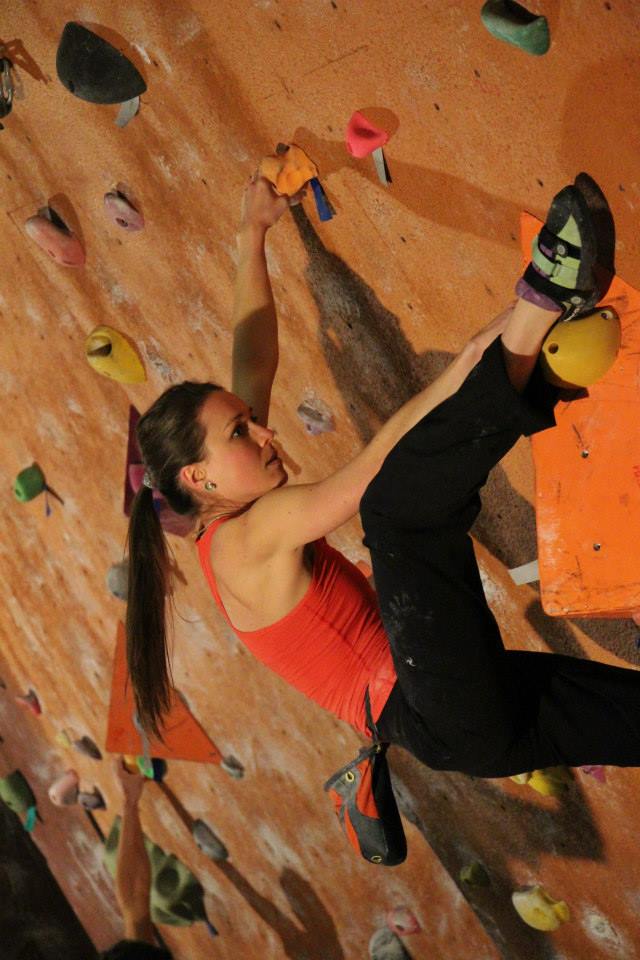 “Climbing has also taken me to places and countries I’d never otherwise have thought to visit and I’m lucky enough to have parents who live in Queenstown which is gorgeous and close to so much great rock.“

BB: Tell us your climbing origin story – how and when did you start climbing?

SH: When I was 20 a good friend of mine insisted climbing was fun and that I’d love it, so took me along to a local crag and after a quick lesson on how to lead, put me up a couple of easy climbs with a “you’ll be fine”. Somehow I hung on and fell in love with both the challenge and fun of climbing.

We have a local crag, the Mt Eden Quarry where I spent many evenings and weekends learning tricky techniques and how to crimp really well! The local climbing gym later became a second home.

BB: Was it love at first sight or more of a long standing flirtation?

SH: I loved climbing from day one and over the years it has gradually enveloped my life. At the time I was studying for an Honours degree in Performance Music which demanded a huge amount of time and energy, so climbing was fitted in around study and performances.

After graduating, I joined the Royal New Zealand Navy Band as a full time musician which was a dream job – combining both sport and music! Even as a musician we had to undergo fitness testing and PT every day, and I quickly made friends with some climbers in the Navy.

One day at the gym the staff needed someone to fill in for coaching a session. Several years later I’m still coaching Rock Hoppers and also along the way started route setting and training/climbing several times a week . 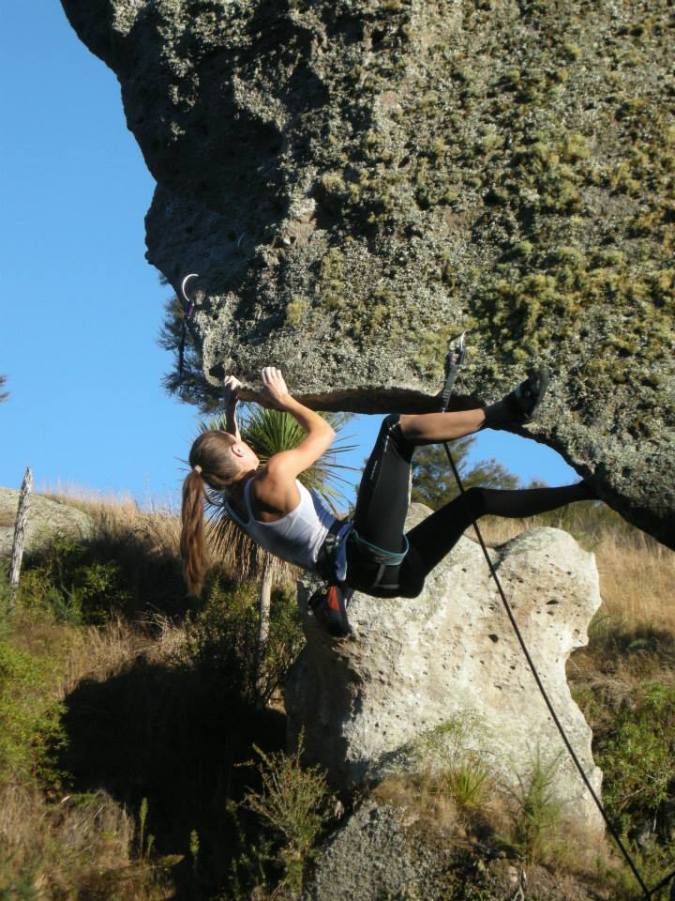 BB: Do you spend most of your social life with other climbers?

SH: When I started climbing my life revolved around music and University so I still socialised with people who didn’t climb. I have made a huge number of friends through climbing, some of which I know will be lifelong. There’s something unique about turning up to the gym or the crag and having a common passion with people from such different backgrounds.

BB: Was there ever an awareness around climbing and competing as a female specifically? Or has it felt more gender neutral?

SH: I think there is a mixture of gender neutral aspects and gender specific aspects to climbing and competing. Women can be just as good, if not surpass men in climbing and there’s something satisfactory in that! I think that there is still quite a lot of separation between the skills men and women use in climbing.

The way route setting is laid out at New Zealand competitions creates automatic separation between genders – male routes tend to be more powerful and reachy, while the female routes/problems are often more technical with smaller holds. I don’t think it’s a negative difference, but it highlights how different our bodies will always be and therefore which areas in climbing women will be better at, having to work harder for power and muscle than men who have some natural strength.

BB: How do you think climbing has changed for women over the years? Tell me about increased awareness or exposure to climbing for women if you seen or experienced that.

SH:The ratio of men to women climbers has improved over the years; legends like Lynn Hill started showing us what we can do. When I started climbing, I was used to often being the only girl on trips or in the gym, but this has changed dramatically over the years, and I love seeing the number of women coming to the climbing gym and having the confidence to climb outdoors and in competitions.

I think more women are seeing other women give climbing a go and realising that it’s not so daunting after all, and also not just a boys biceps show. It’s inspiring to see other women climbing or bouldering, having fun and pushing their boundaries.

Climbing gyms have been a great starting point for many climbers, male and female, and I think this has increased female climber numbers because often people show up as a couple or get invited along , making it easy these days to go to the gym and be introduced to climbing.

Social media, outdoor magazines, the world cup circuit and international climbers have helped the climbing scene as well. Whenever I see an especially awesome girl doing something awesome outdoors or in a comp it totally inspires me to want to go out and find that same experience. 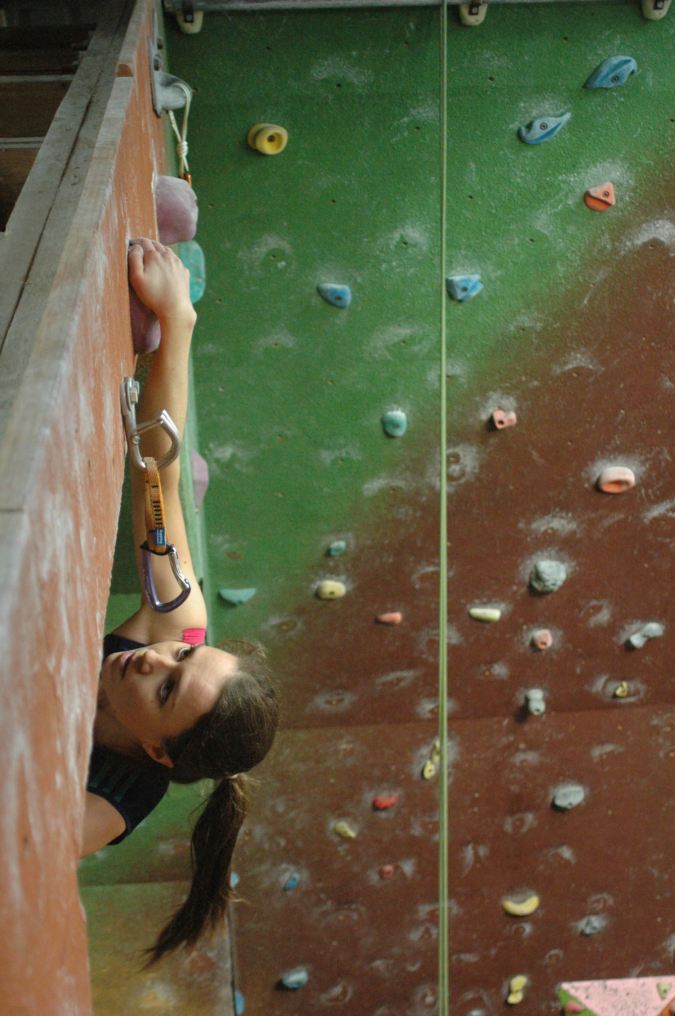 BB: What’s next after winning nationals?

SH: Well I considered competing in Australia, or not at all this year.  I’ve ended up competing in most of the competitions so far, so it looks like I’m going to put my best foot forward again for the New Zealand competitions.

We have two national series running throughout the year, the national climbing/bouldering series run through Climbing New Zealand and the NIBS (just bouldering). 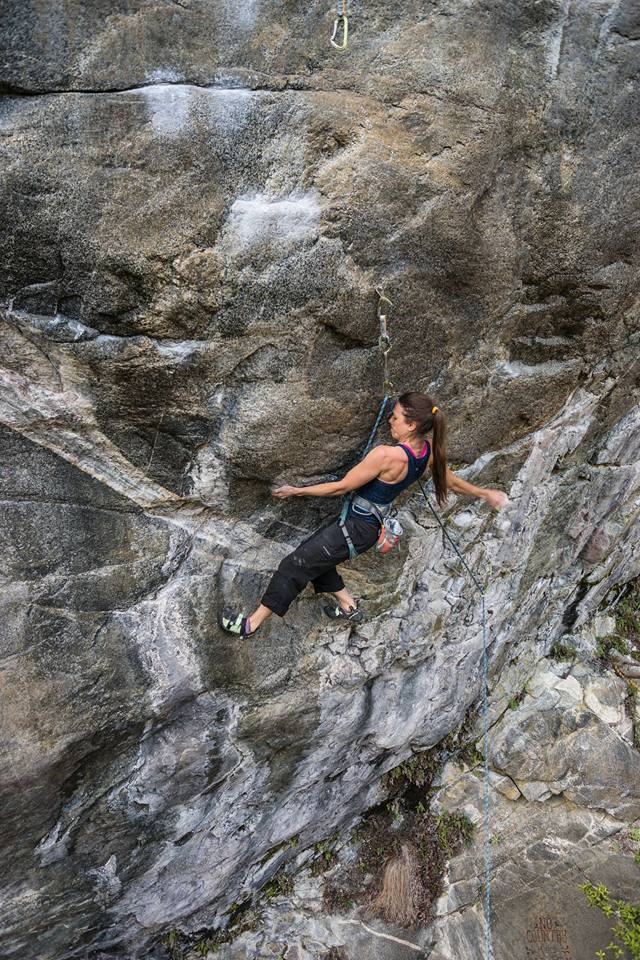 BB: What role if any do you think that female focused platforms play in the rock climbing community?

SH: I was really excited when I saw the poster about Bouldering Babes coming to New Zealand. The women who climb regularly at the gym would often talk about forming a group or how more women should come climbing.

For me, female-specific groups are another way to show women that climbing and bouldering is for us too, not just dirt bag guys! I think it’s important to recognise the unique challenges we face in building strength and confidence in climbing, and Bouldering Babes is a great place to find beta, gain inspiration from seeing what other women are achieving all over the world, and meet people with similar interests. 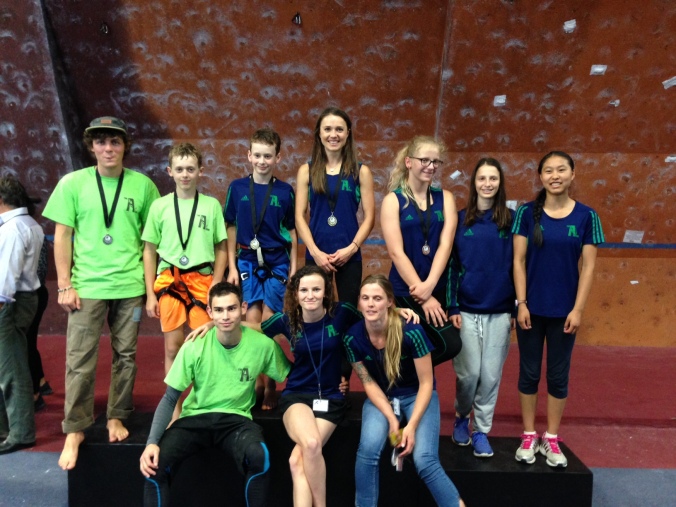 BB: What does #climblikeagirl mean to you?

SH:On a personal level I have struggled with defaulting to a defeatist kind of attitude when faced with‘boy boulders’ that I think are too reachy or powerful, but the friends I climb with have taught me to put doubts aside, try anyway and push myself further than my what my mind says I can do. I think #climblikeagirl means to just climb, and love it, and love yourself for being out there and giving it a go. 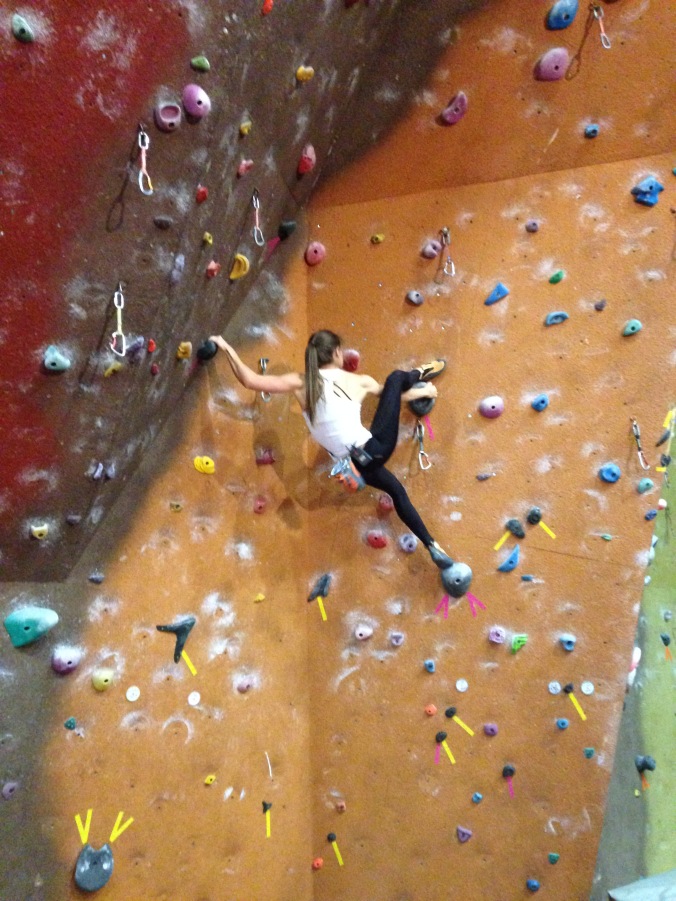 BB: What advice would you give to new climbers looking to compete or move to the next level?

SH:Train wisely. You don’t need to be exhausted to have achieved a great workout. Also, remaining injury free is absolutely key to being able to keep climbing long term. Listen to your body and work on building up opposing muscles to climbing so that you develop well rounded muscles and skill sets.

Get a coach. Devise programs that challenge you and make you work on things you’re not so good at. Climb with people who inspire you, give you good advice and are encouraging.

Recognise your achievements! It’s easy to forget that once upon a time you couldn’t get up the easiest climb in the gym. Remember you’ve always come much farther than you think and celebrate those victories .